↓ Skip to Main Content
Home › Articles › How to Be Grateful

How to Be Grateful

Tom CoxPosted on Tue 29-May-2012 Posted in Articles

Steve was on the brink of being fired. At best, he would be stripped of his coveted management role and revert to being a staffer — as he had been for over a decade. It wasn’t clear if he would ever get another shot at promotion. And it was my job to save him.

The diagnosis was easy — Steve was ungrateful. And ungrateful bosses create bad performance.

The opposite is also true.  Sincere gratitude is amazingly effective at creating positive outcomes.

When I got exceptional service at a restaurant three times in three weeks, I sought out the manager. “How I treat them, is how they’ll treat you,” John told me. He travels the country improving service for restaurants. “When someone shows up for their shift on time, I’m pleased and grateful. Many times, I’ve been through all the extra work that occurs when someone’s late or is a no-show. When Sally shows up on time, I don’t have to do any of that extra work, and I appreciate it.”  When they make it in, it’s because they’ve chosen to. “I want them to keep making that choice.”

The principal at a public school in a very poor, very tough neighborhood tried something similar — she got teachers to express approval and appreciation to the kids who showed up. When a kid was late, staff still tracked it as ‘tardy’ but changed the emphasis from “you’re late” to “we’re glad you made it in.” For kids in troubled or broken homes, school became a place where they felt wanted. Attendance shot up.

Multiple studies have found that practicing gratitude will generate positive emotions, leading to such measurable outcomes as

(source: “The Psychology of Gratitude

All of this came to mind when I was coaching the about-to-be-fired new manager, Steve. Steve felt his staff were slow, shiftless, unmotivated, and undisciplined. And having seen them in action, I admit he had a point. The problem was, they could sense his anger, frustration, and desire to shake them vigorously — or kick them. They were mostly motivated to avoid him, to avoid uncovering problems, and to avoid being blamed for things.

People will work wonders for teammates they trust, for a mission they believe in, and a boss who cares about them. Steve was running a gratitude deficit — he felt he was entitled to an unlimited supply of hard working, motivated, unquestioning robots. And entitlement is a toxic attitude — it comes across as resentful anger.

Here’s how I trained Steve to truly, legitimately, sincerely feel gratitude toward his staff. Anyone can employ these steps to rewire their mind — to feel grateful — and as a consequence be happier and also more effective. It helped that his boss mandated that he follow my guidance, which I’ve offered many times to good effect. (Many problem staff won’t change until they get an ultimatum.)

Consider, what if that person did nothing, or didn’t show up at all?  Your goal is to stop taking positive things for granted.  It’s very human to become habituated to good things — to expect good things to keep showing up forever.  As the song lyric says, “you don’t know what you’ve got til it’s gone.”  So, imagine it gone, and start the gratitude process.

Steve initially felt he wouldn’t miss any of his people.  Then one was out sick, and Steve quickly realized how wrong he was.

Step One – Look for One Good Thing 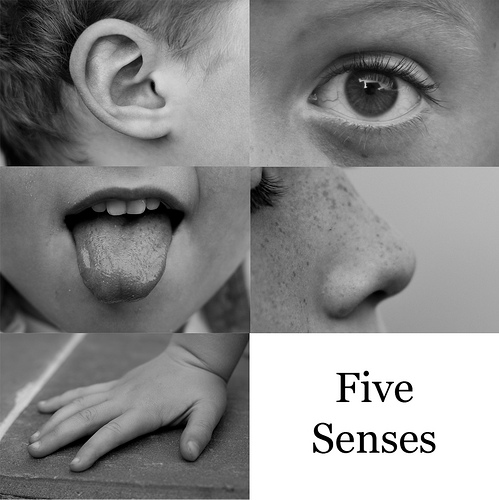 To notice things you can be grateful for, open up your senses and experience things afresh.

Open your senses and get out of your head — observe closely, like an anthropologist, what is really happening. For Steve, I assigned him to notice — really notice — at least one ‘good thing’ each employee did each day. He had to get out of his cube and go looking.

Do the same thing — list your teammates or staff on Monday, and set out to really notice something specific from each of them that they did well, or that displayed kindness or compassion for a co-worker, or that helped out a customer. By Friday, you should have at least one Good Thing by each name.  If not, get out of your head and go open your senses.

Step Two – Write it Down

A “gratitude journal” is highly effective at awakening us to positive things around us. Steve was assigned noticing the ‘good things’ and writing them down, along with the date and time, in an email to me and to his boss each day. Write down the sense experience, not your conclusions — don’t write “Tom had a good attitude” but instead “Tom looked me in the eye and smiled.”

Now that you feel it, say it.  Dr. Robert Emmons, professor of “positive psychology” at UC Davis, studied health and emotional impacts of gratitude in his book “Thanks!: How Practicing Gratitude Can Make You Happier

“.  He describes gratitude as a three-stage process of recognizing (intellectually), acknowledging (willingly), and appreciating (emotionally).  “Only when all three come together is gratitude complete,” he says.

I showed Steve how to express his gratitude to his staff using a simple formula. Quickly their mistrust melted away.

Go Forth and Be Grateful

When you feel a sense of gratitude, your blood pressure drops and your heart lifts. Other people start being nicer to you — because you give off a better vibe.

If that’s not enough — if feeling good and getting healthier aren’t quite sufficient rewards to stir you — here’s a highly pragmatic reason: bosses (and parents and spouses) who express gratitude sincerely, frequently and effectively, are much better able to get what they want.

For Steve, the payoff has been a little odd. He insists he hasn’t changed at all, but somehow all his staff have become nicer, harder working, better employees.  They smile at him.  They bring up problems early and solve them.  They admit mistakes quickly and effortlessly.

Maybe Steve can’t quite link the cause and effect together.  That’s okay.  It’s not important that he understand it, only that he do it.  His boss has taken him off probation, and he’s back on track.

Gratitude is a gift to the giver.